EIC reports from its parliamentary reception at the House of Commons

EIC held a reception at the Houses of Parliament on Thursday 21 July 2022. Bringing together EIC members and political guests and speakers, the reception was the first in-person event in more than two years from EIC owing to the pandemic.

Mims Davies MP provided a brief introduction to the event and outlined the new skills opportunities for members. 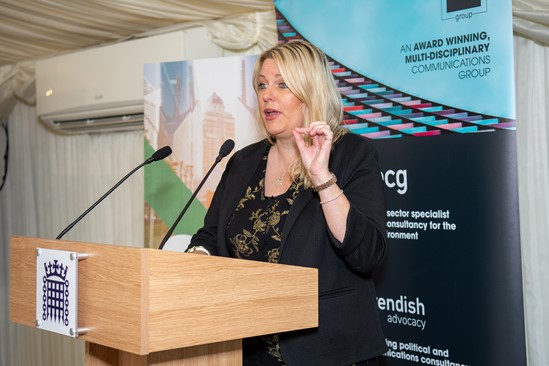 Steve Double MP, parliamentary under secretary of state for Defra outlined recent progress on the Environment Act and reinforced the opportunities for closer working between industry and government.

Chris Skidmore MP, member of the Environment Audit Committee and chair of the APPG on the Environment, outlined some of the progress made on Net Zero in the last three years.

The event also saw a speech from EIC CEO Stephen Marcos Jones and chair of EIC’s Advisory Board, Alex Tosetti (VU. City). Stephen introduced a refresh of EIC’s advocacy structure to seize the opportunities created by the Environment Act.

Stephen Marcos Jones, CEO of EIC said: “I’d like to thank our guests and members for ensuring the success of our reception. There was a clear message from Government that there is a huge opportunity to forge a closer working relationship and a desire for collaboration to achieve common goals.”

“Coming only a few days after the record heat wave, it was a timely reminder of the need to address the environmental issues before us, but I am convinced that EIC members have the technologies and services that can make the world a better place.

“I’d like to also thank EIC members for their support and for turning out in numbers. We were delighted to be able to hold this event in person after an understandable delay owing to the pandemic and we’re looking forward to hosting more in-person events soon.”

EIC would also like to thank BECG for their sponsorship of the reception.

View a collection of photos from the event in our gallery.

We report from the first campaign roundtable exploring how we can go “beyond pride".

Keep up-to-date with the latest from EIC, our members and the industry